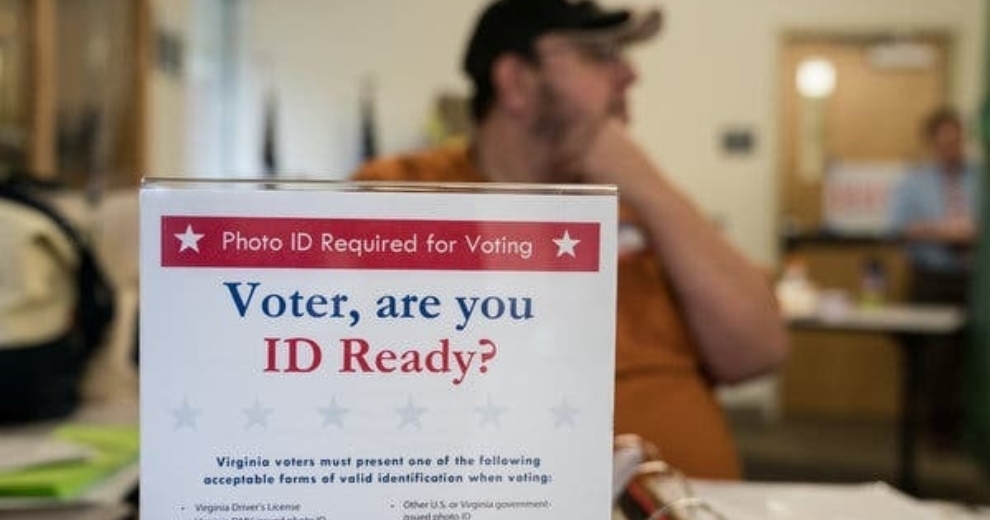 The court last month permanently blocked a central provision of the 2016 law that required voters who lacked a photo ID to make a sworn statement in order to cast a regular, non-provisional ballot. In response, Republicans are trying to pass a new voter ID bill that is similar to the 2016 law but doesn't include the sworn statement provision that the judges found objectionable.

“It's time to re-legislate and defend the views of voters and the vote of our citizens,” said Rep. John Simmons, a Washington Republican who is sponsoring the new bill.

House members on Wednesday gave initial approval to the measure, which would give voters only two options, instead of three: either show a photo ID to cast a regular ballot or else cast a provisional ballot.

Provisional ballots would be counted if voters return to their polling places on the same day with a valid photo ID or if their signatures match the ones on file with election authorities.

To cast provisional ballots, voters would need to sign sworn affidavits that include their birth dates, addresses and the last four digits of their Social Security numbers, and that swear the information is correct.

Missouri is one of several states where Republican-led legislatures have passed voter photo ID laws touted as a means of preventing in-person voter fraud, which studies have shown is very rare. Democrats generally oppose such laws, arguing that they are really meant to disenfranchise voter groups that tend to support their party, including the poor, elderly and disabled as well as transient college students and minorities who are less likely to have photo IDs.

St. Louis Democratic Rep. Rasheen Aldridge told colleagues on the House floor that the Missouri bill is an attempt to “disenfranchise many people across our state, especially the African American community.”

Republican lawmakers in 2016 passed a photo ID law and also sent a constitutional amendment to voters that would authorize a photo ID law. Roughly 63% of voters approved the amendment, but lower courts put key provisions of the new law on hold until the state Supreme Court permanently tossed out the affidavit requirement.

The bill needs another vote of approval to move to the Republican-led state Senate. Lawmakers have until May 15 to pass legislation.