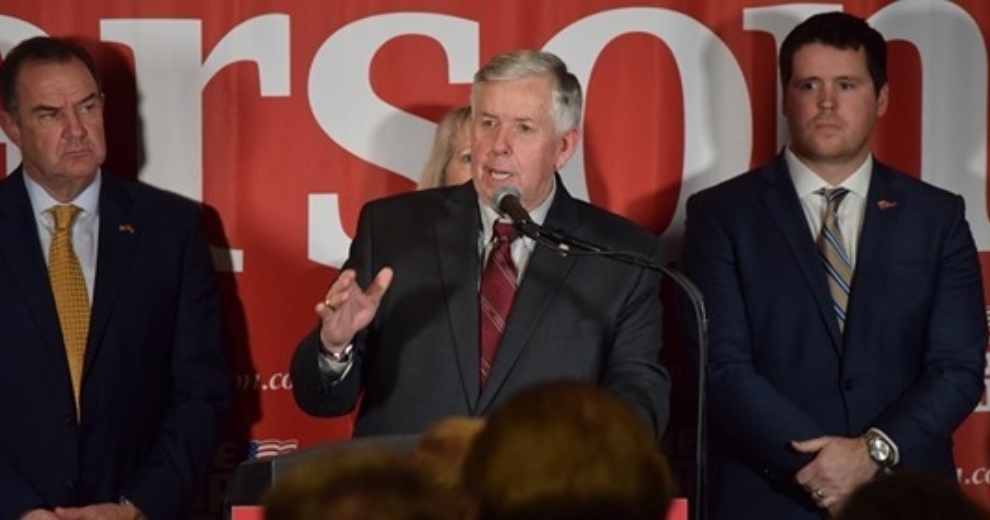 The things Republicans celebrated at this weekend's Lincoln Days are the same things that pushed me into running for office as a Democrat.

Good people can and should disagree. It's what makes democracy work.

But Republicans lie and distort about a couple of emotional issues as a way to distract from other very important issues that our state faces — issues that Republicans just aren't working on.

Gov. Mike Parson's keynote address touched on three of them.

Fewer abortions is something to celebrate. But the governor is again playing with numbers and taking credit where no credit is due.

First of all, there have been fewer unwanted pregnancies because of the reforms in Obamacare that required insurance plans cover birth control.

Secondly, the governor doesn't mention how many desperate women had to cross the
state line because of the obstacles our government has placed in their way.

Also in the story, Parson said he's "'never, never wavered' on the Second Amendment, and told people not to read the big-city newspapers he feels are out to make him look bad. He did not mention a specific story he didn’t like."

Republicans have spent years cultivating the idea that even the hint of gun control is going to lead to the downfall of the Republic.

So when Parson outlined some pretty basic reforms to address the gun violence in our state during the State of the State, he got blow back from his own party. Rather than standing up and owning what he said, he turned to an old standby: Blame the media for reporting what he said.

This kind of lead-from-behind cowardice is exactly why we need Nicole Galloway in the governor's chair.

“When you start expanding more government, it means less for me and you," Parson said.

What the governor really means is "When you start expanding more government, it means less for me and my campaign contributors."

There is a Goldilocks zone for government and Republicans keep ignoring that things like schools and roads don't get the funding they need when they try to squeeze us all into the too-small chair.